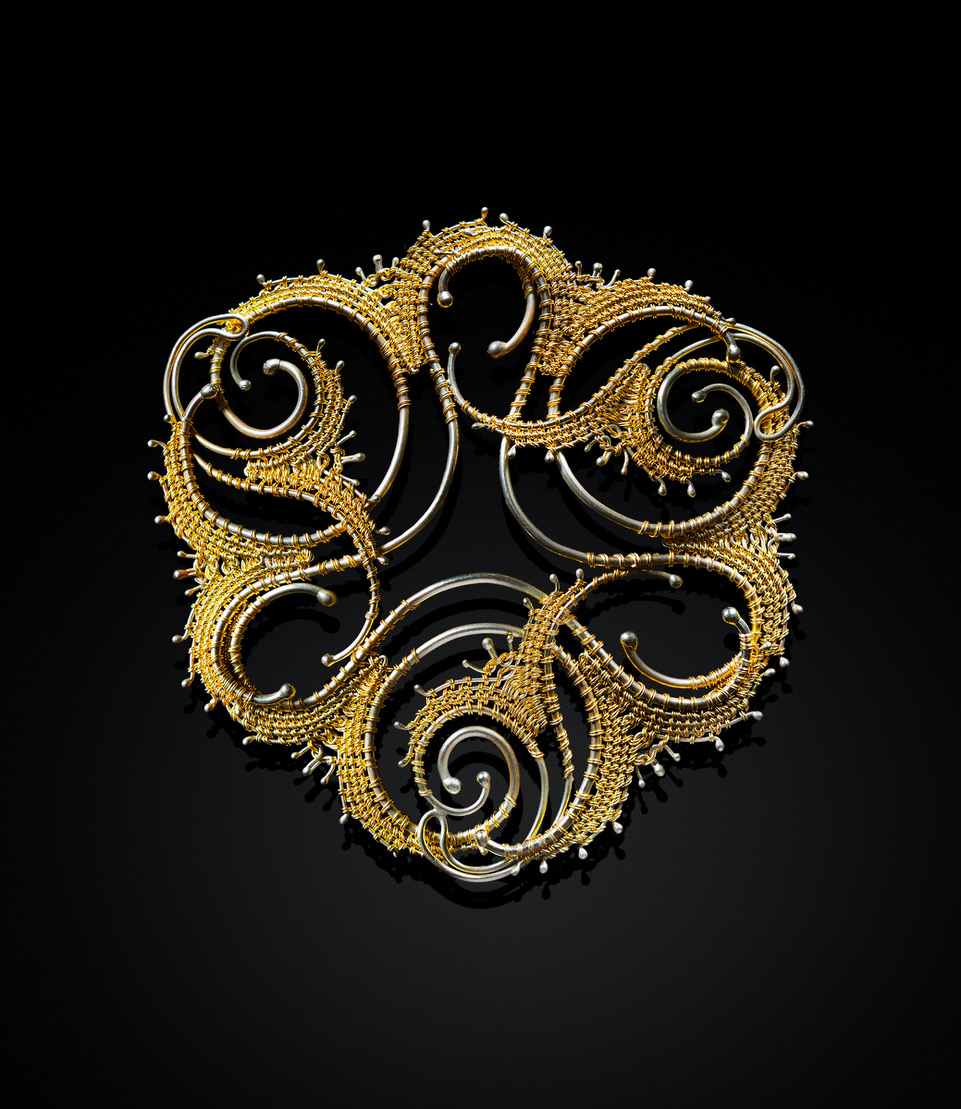 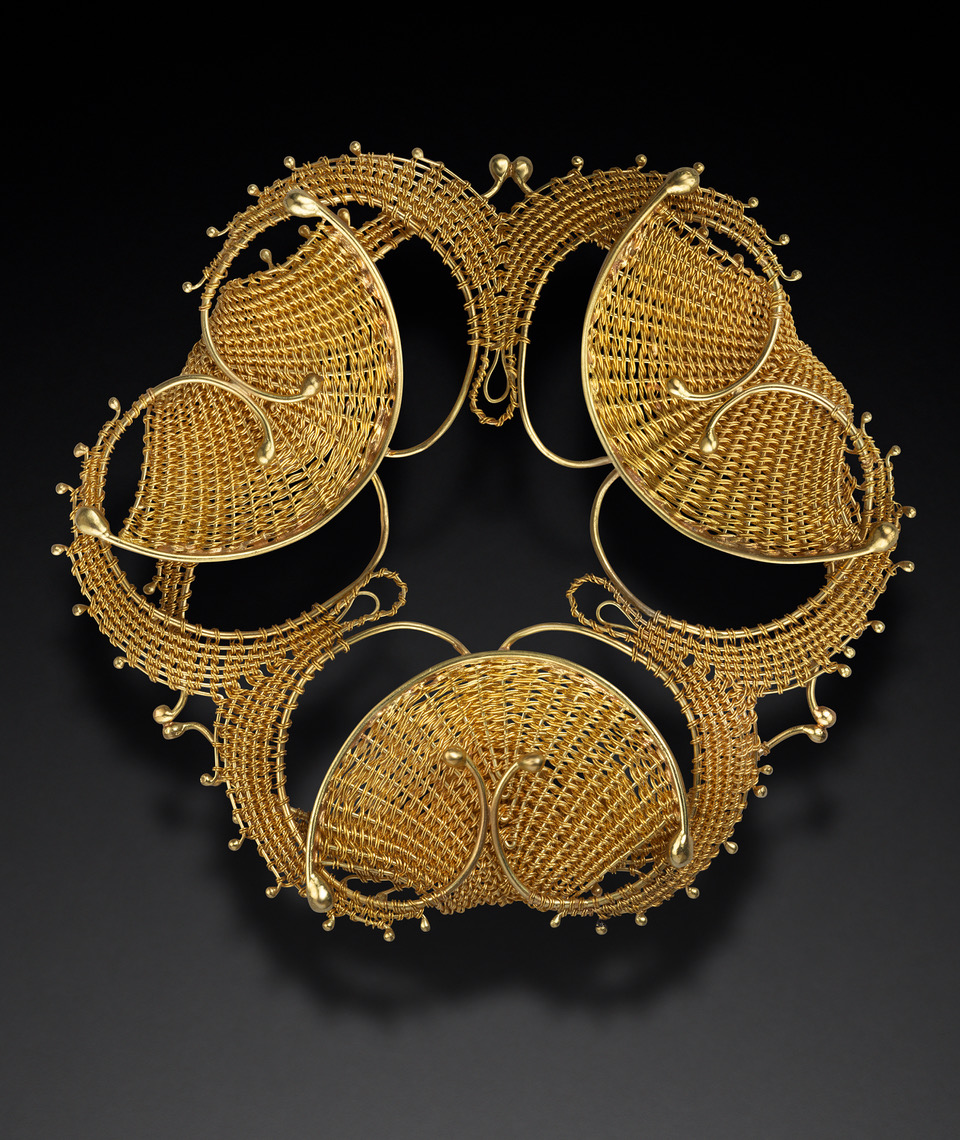 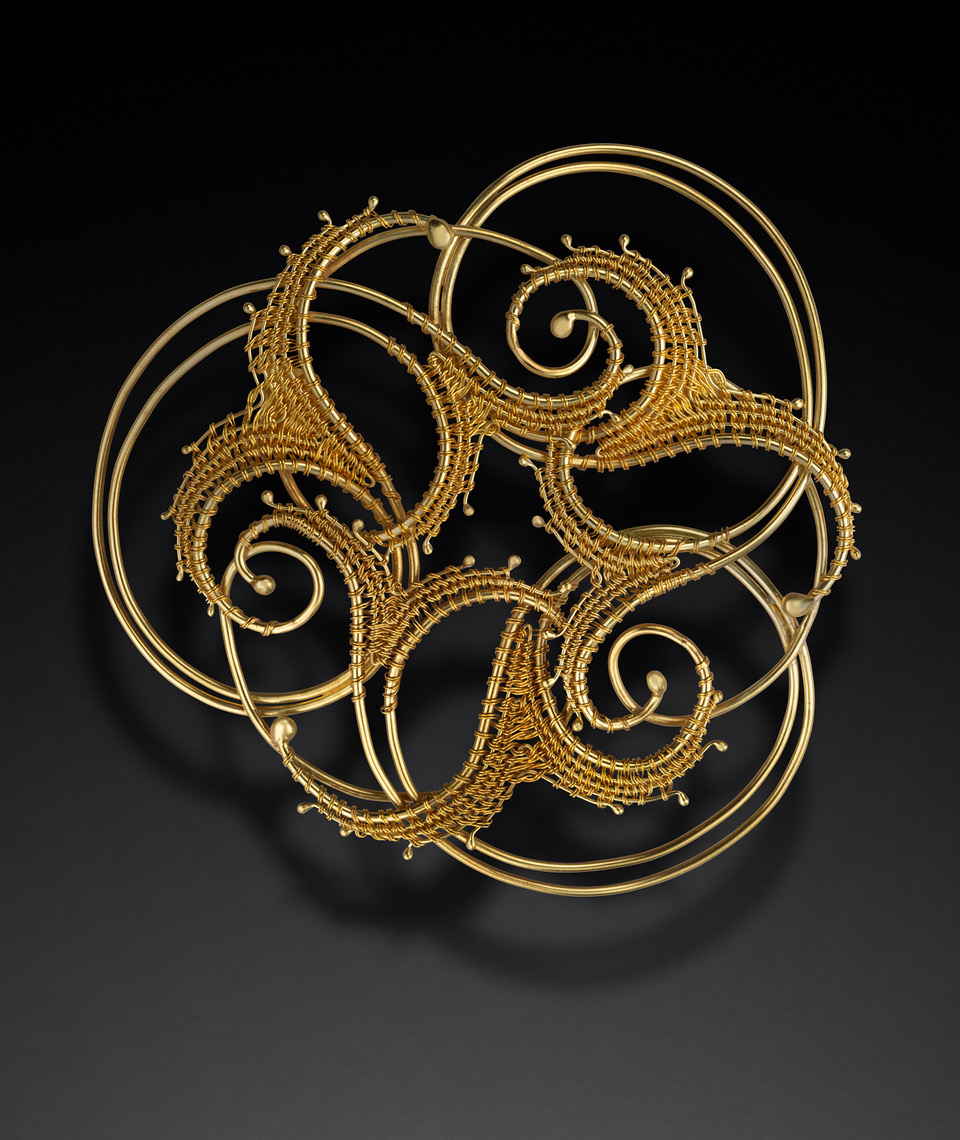 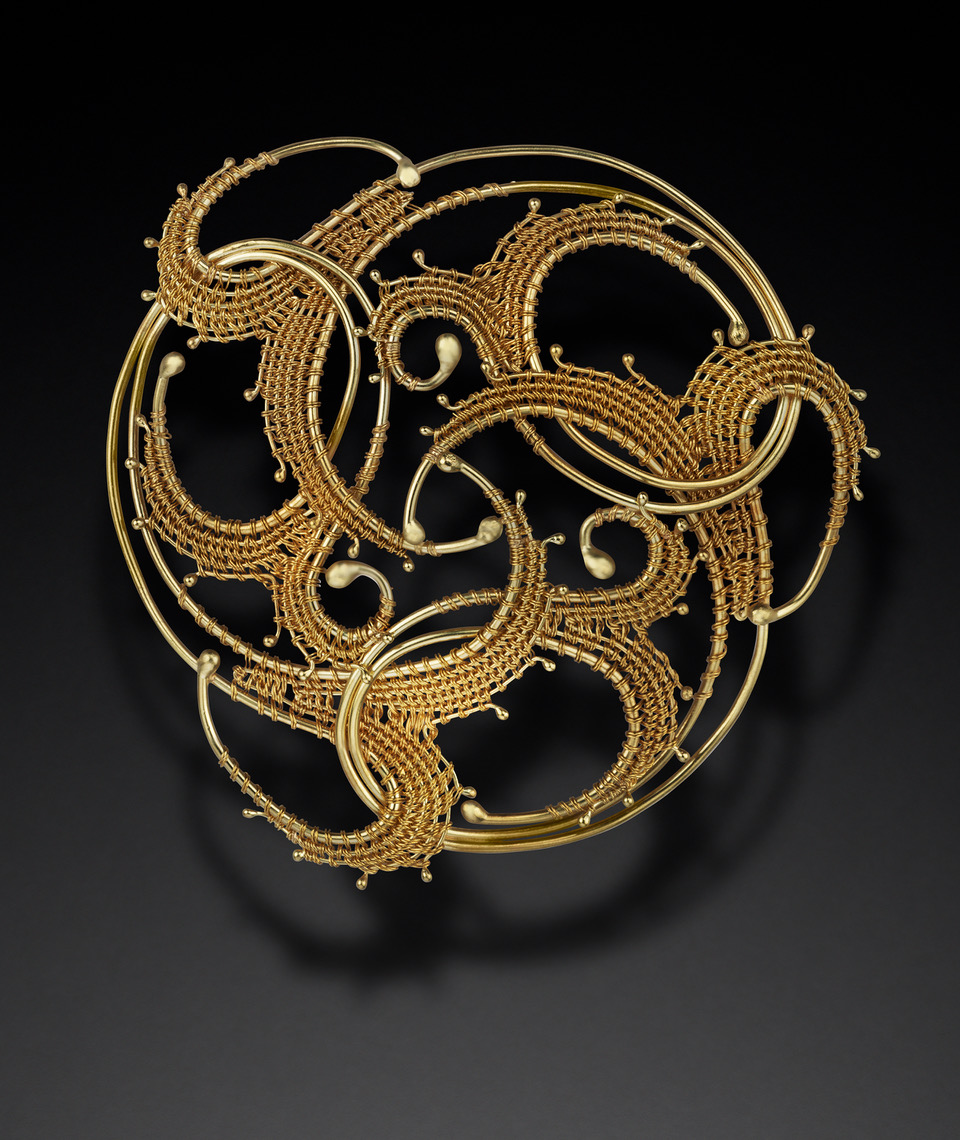 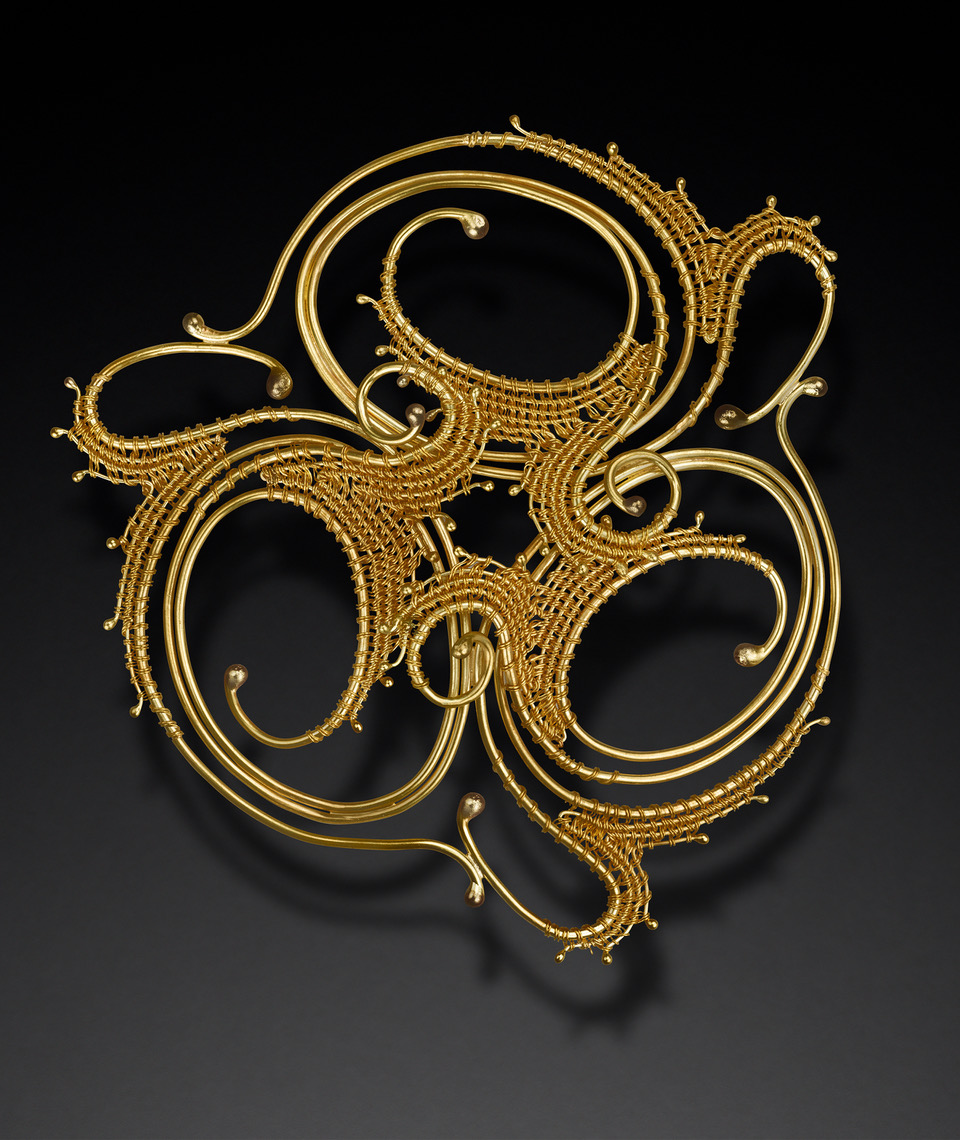 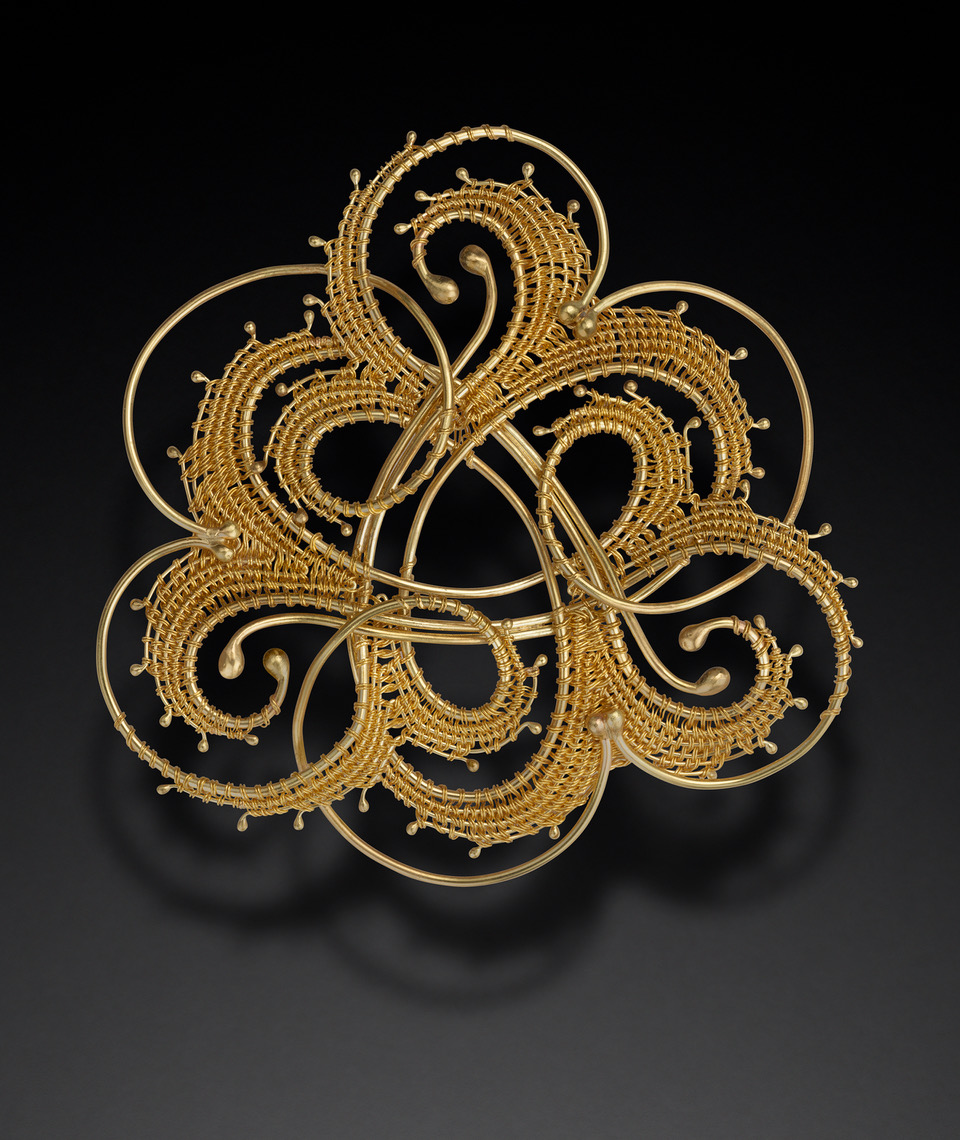 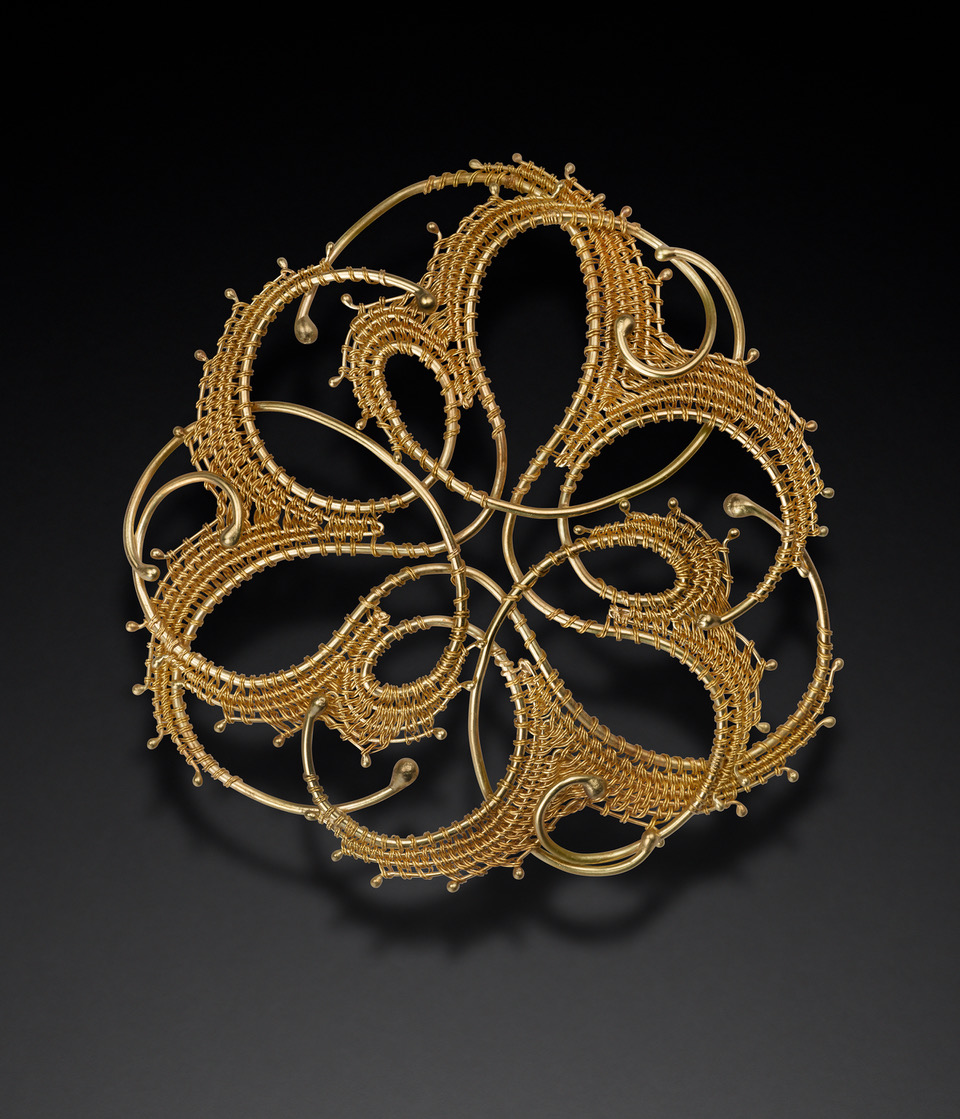 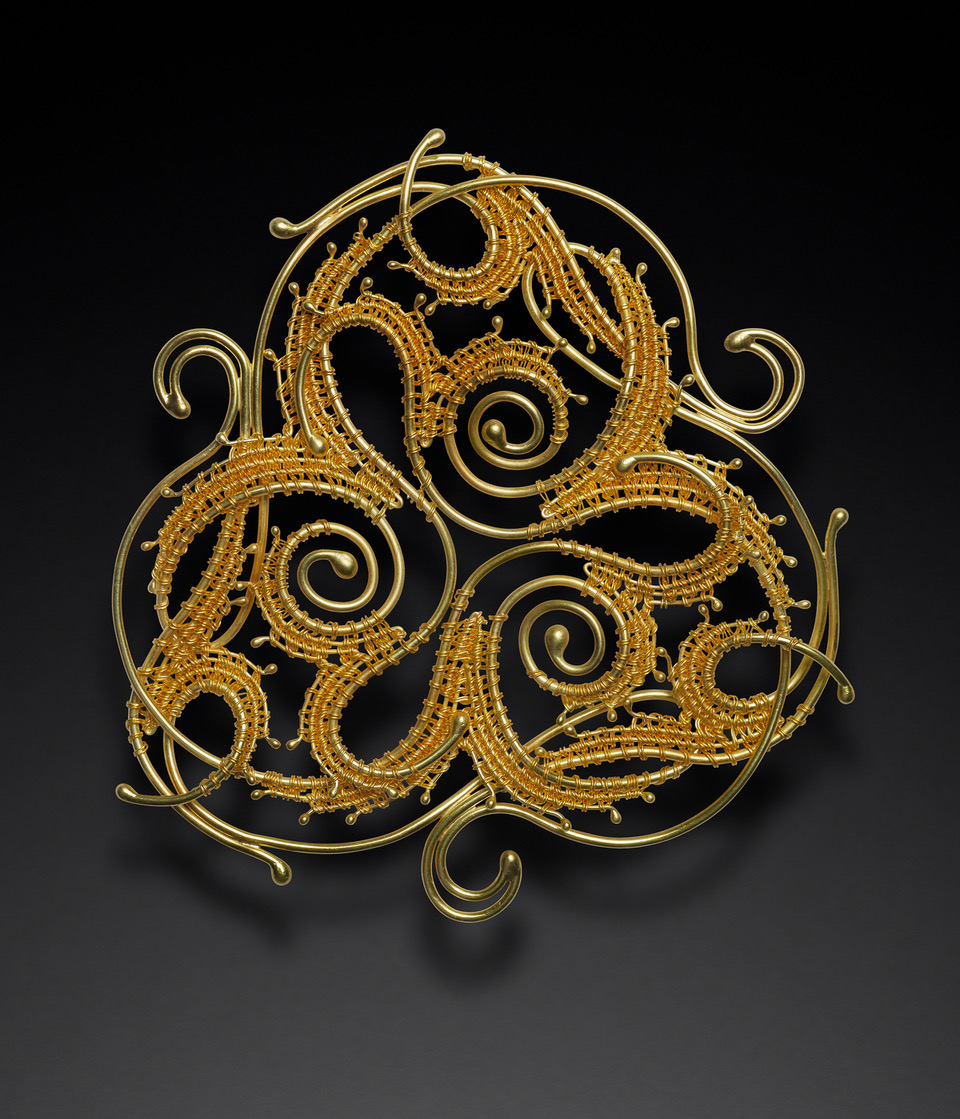 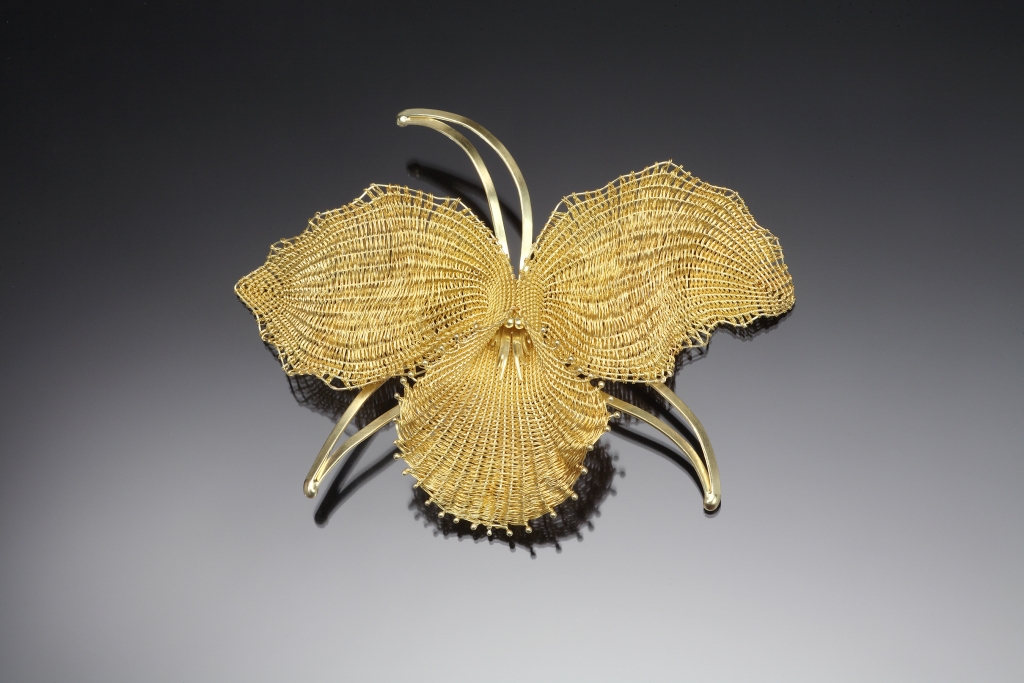 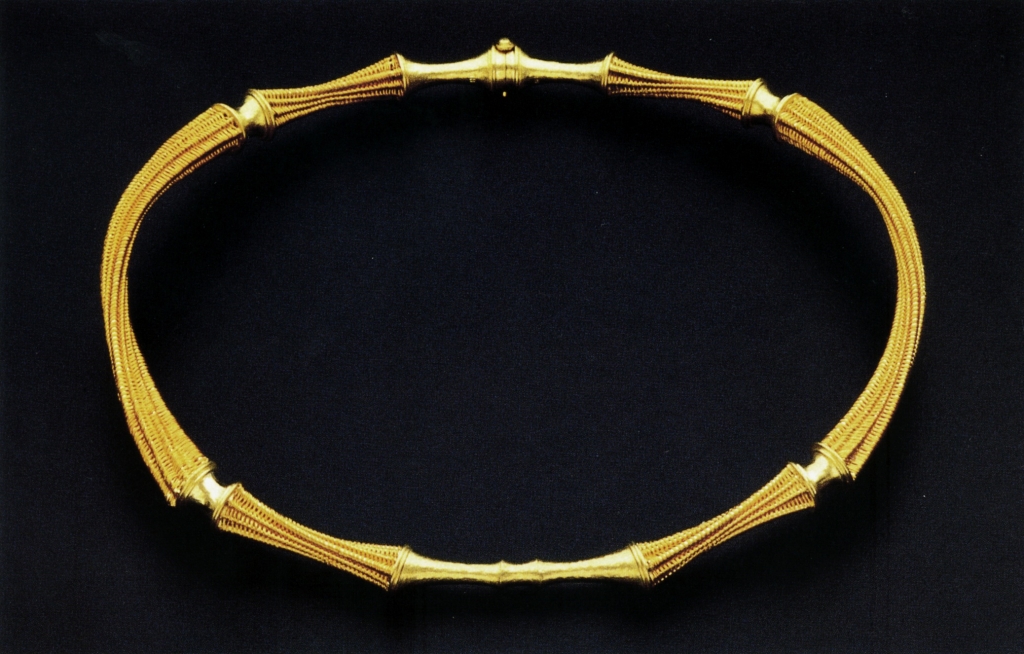 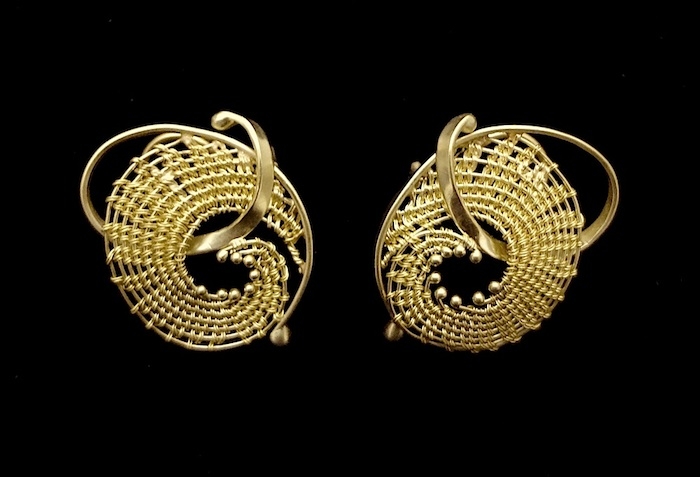 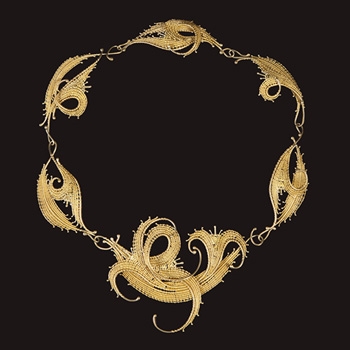 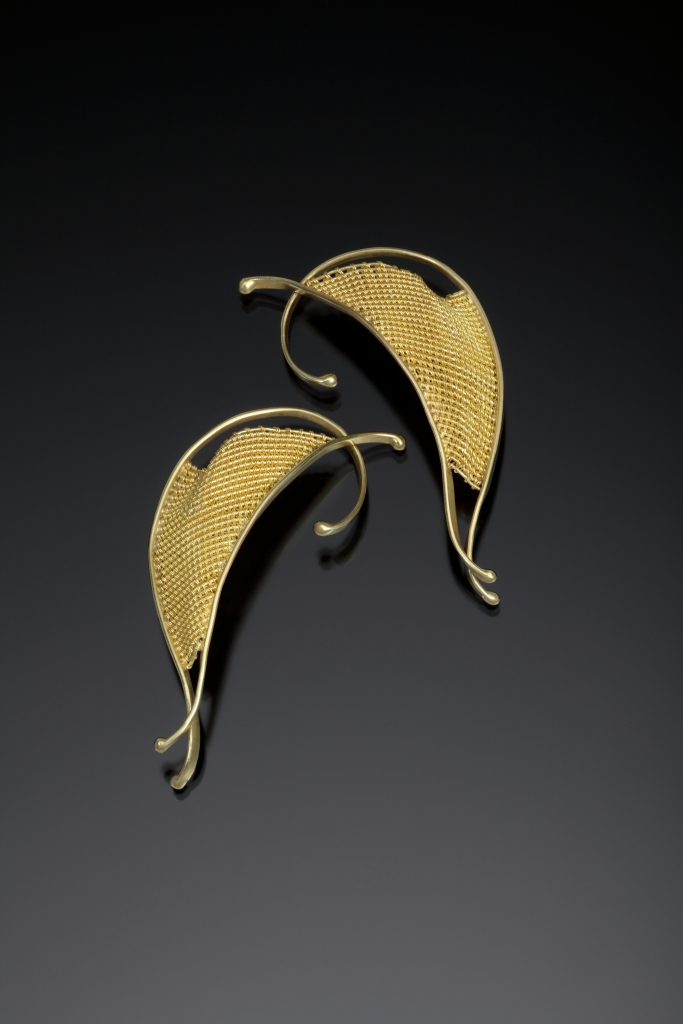 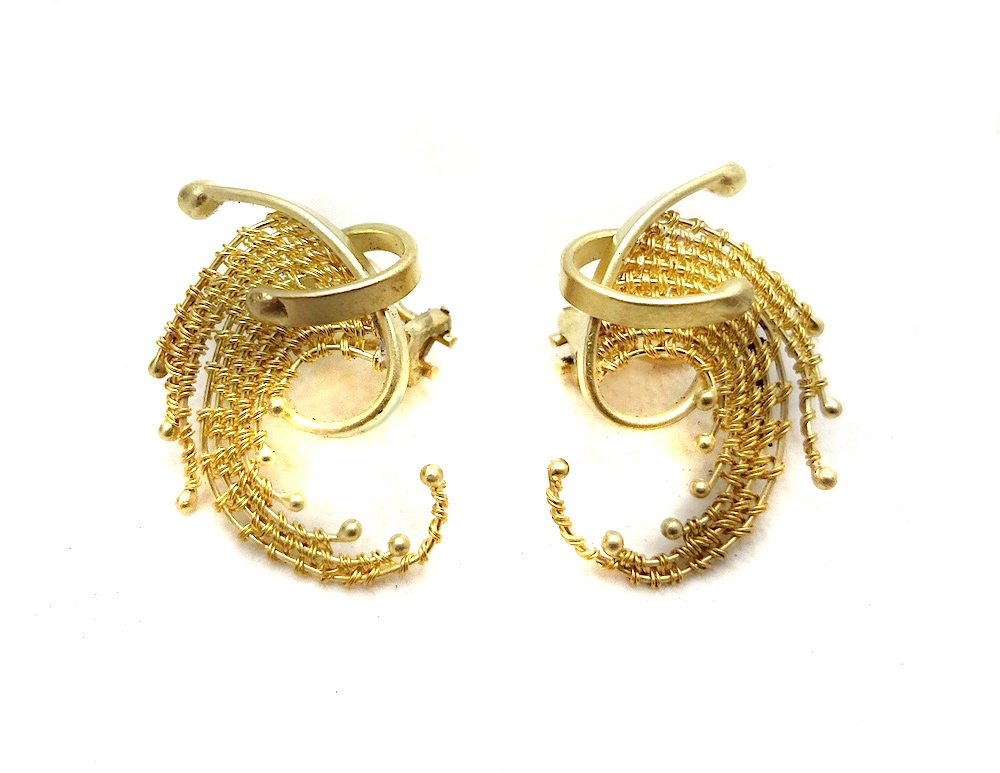 Weaving gold into regal jewels, master goldsmith Mary Lee Hu uses her hands rather than a loom. Hu twines still high carat gold wires into necklaces, brooches, earrings and rings, giving them the illusion of fluidity and softness as only she can.

“After I had been weaving for a while, I was examining a Northweast Coast cedar bark basket with a surface texture I liked and found that it used two wefts in each row that were twisting around each other as they went over and under the warps — one went over and the other went under each warp, then they passed each other as they went up and down so as to become twisted. This is called twining and it is used extensively in basketry and also to make loom-woven rugs. I fell in love with it. When twisting two elements, the tighter the twist, and the wider the flat elements are compared to their height, the more of a diagonal one will see in the twist. This diagonal is what attracted me to the way the surface of twining appeared. I wanted to replicate it, so I used two round wires running next to each other to make a wider weft element, and kept my warps closely spaced to give a tighter twist. Using double weft elements has been referred to by others as double twining and I have used it almost exclusively since 1976.”