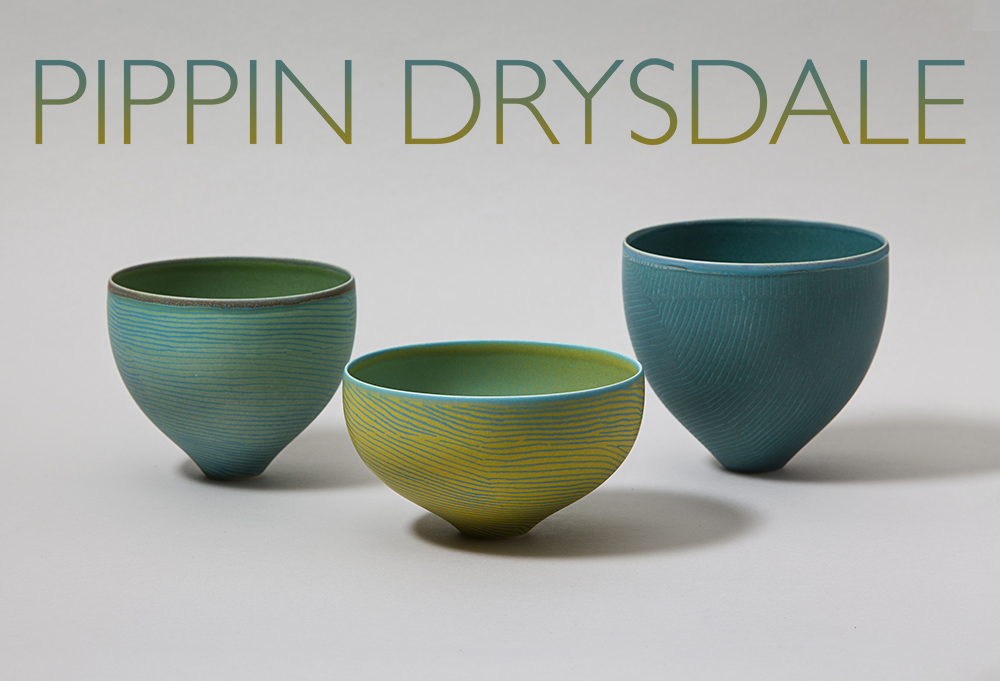 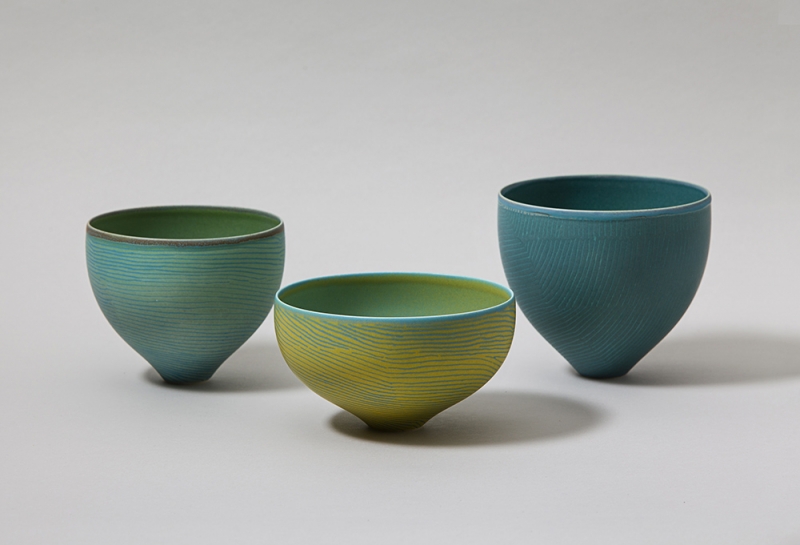 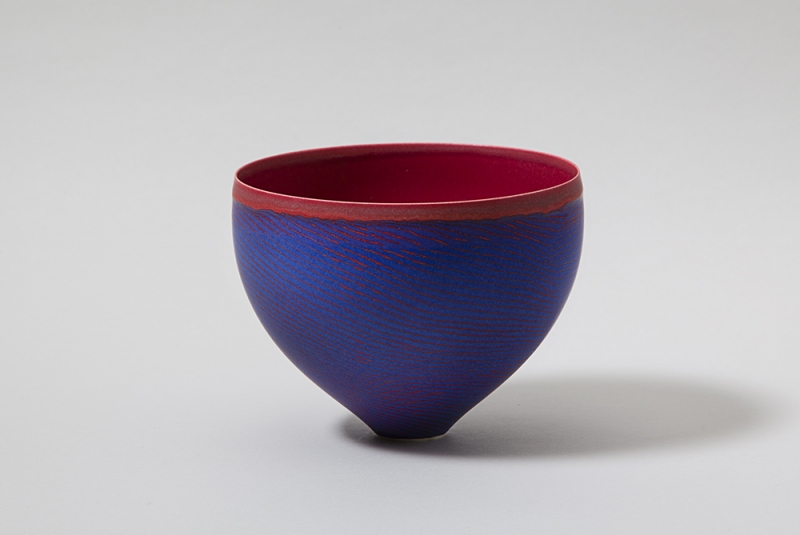 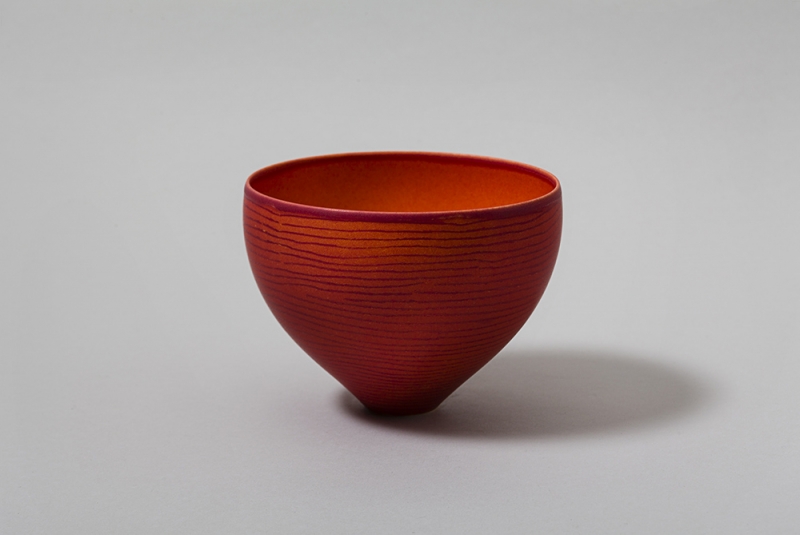 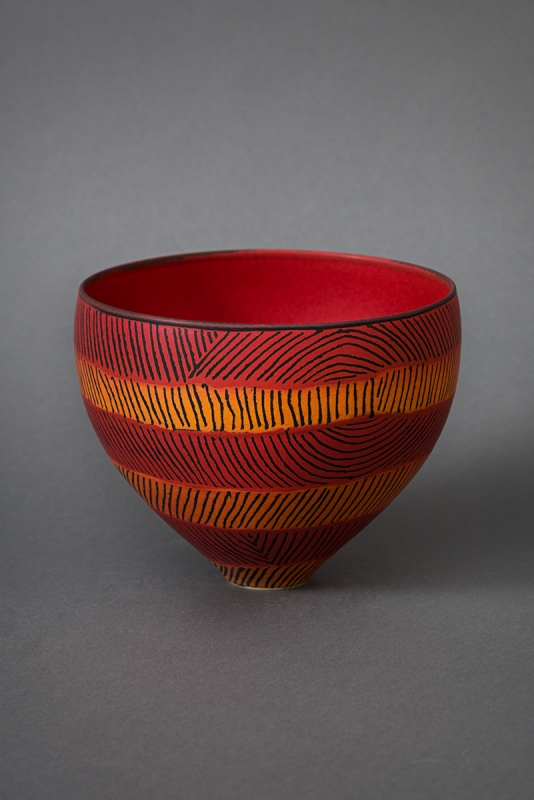 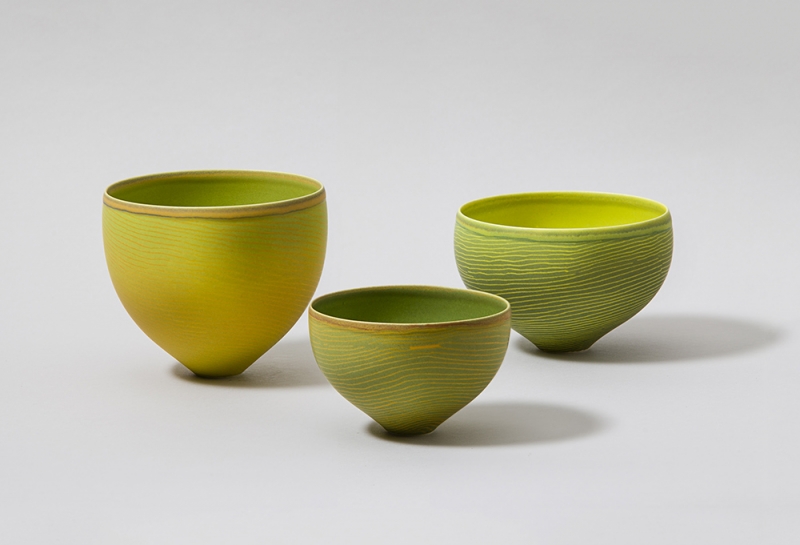 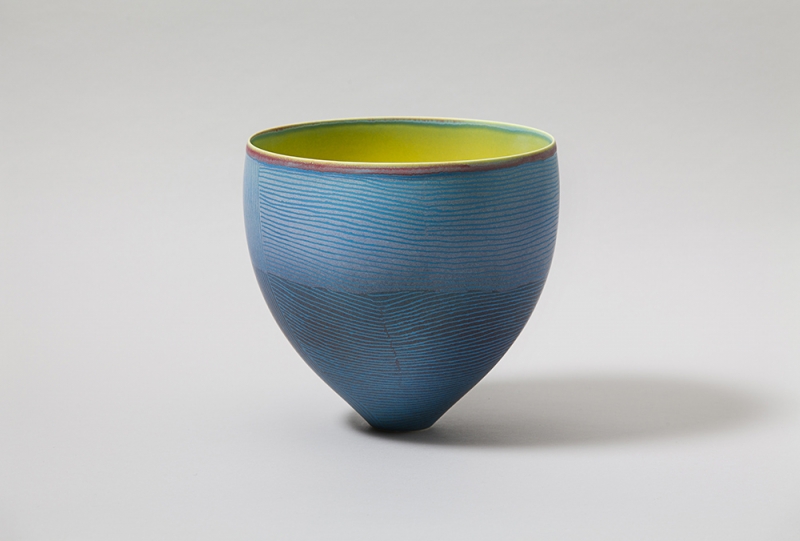 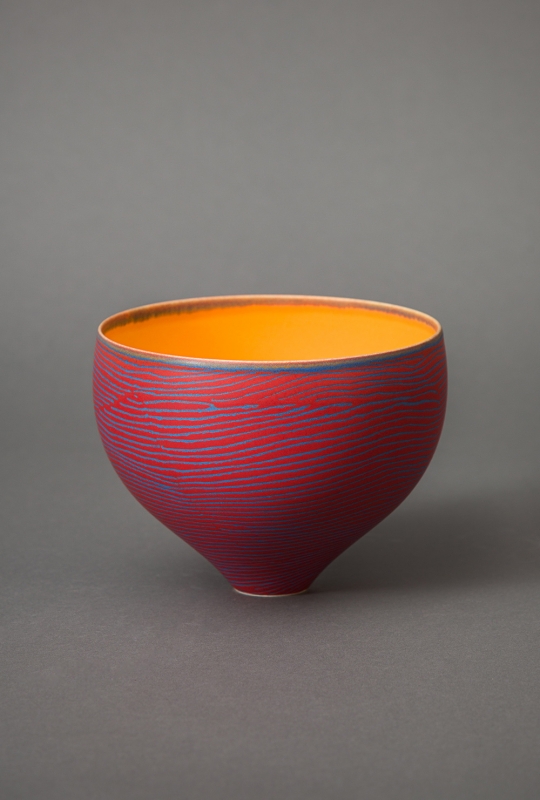 World renowned ceramicist Pippin Drysdale creates bold, incised porcelain forms, with glowing, saturated colors. This new collection to be included in her Spotlight Exhibition at Mobilia Gallery glows with jewel-like hues that capture the light of the Australian landscape.

“Although an urban artist, [Pippin Drysdale] seeks out places that have a special character or resonance, such as the Tanami Desert in central northern Western Australia or the Hunsa Valley at the end of the Karakoram Highway in Pakistan. Once she has absorbed the site, she carries its colours, patterns and ambience back to the studio, where she patiently re-creates their glow and echo in the delicate web of glazes etched into and brushed onto the surfaces of her elegantly shaped forms. The process of analysis, review and revision continues until she is convinced she has captured the character of each new place. The thin, tense lines, sometimes relaxed, often flowing, occasionally broken, trace the shadow gaps between the rows of dunes blown into long scarifications by the wind or the stratified rocks laid down over millennia, the rows of spinifex woven through the desert or the meandering tracks of reptiles cut into the red dirt. Sometimes she combines them with broadly brushed colour, emulating the explosion of spring, an approaching storm, the red dust sunsets of Pakistan, or with rich gold lustres evoking the riches below the surface in the eastern goldfields.”

Drysdale has been honored with many prestigious awards and grants including a Master of Australian Craft award.