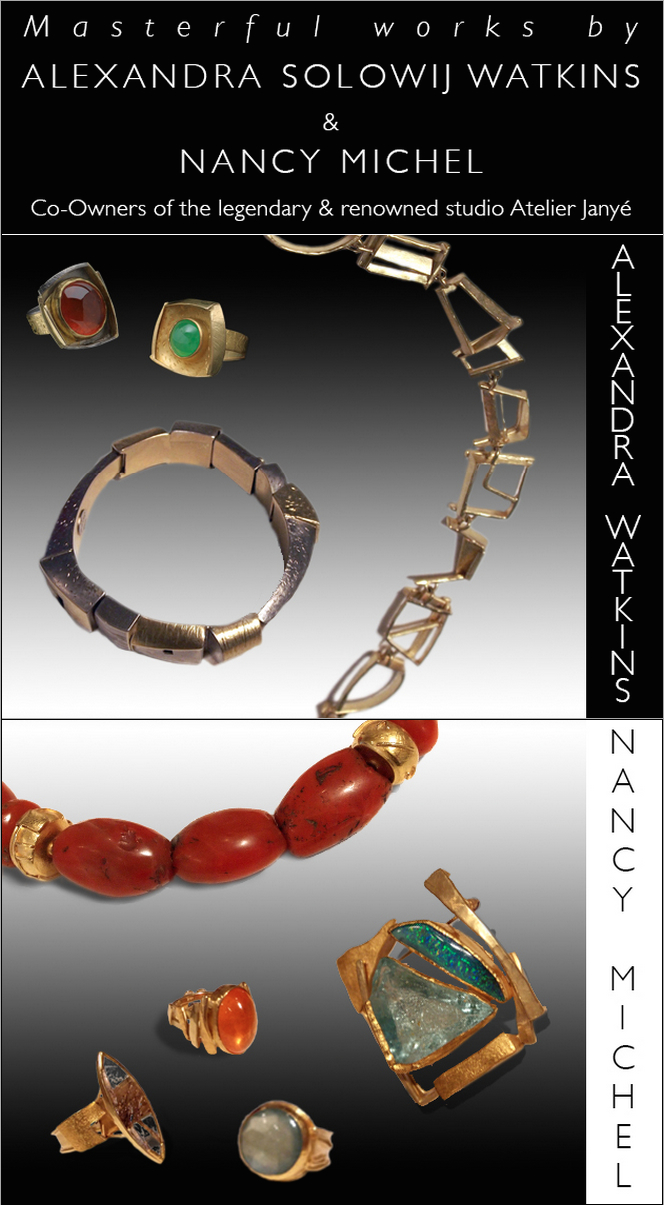 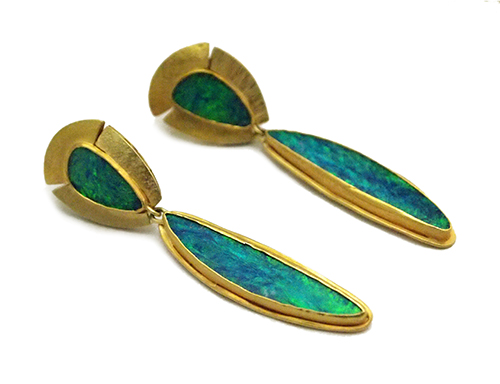 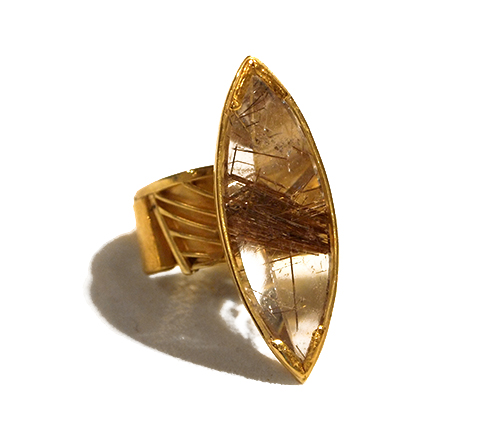 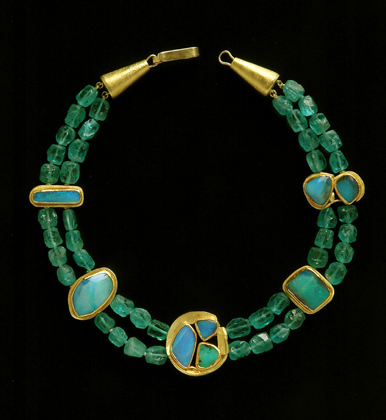 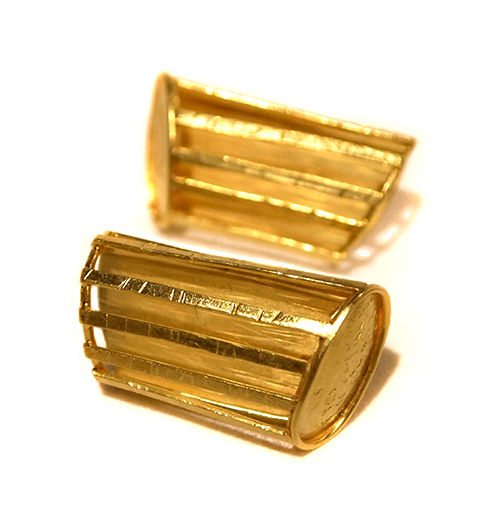 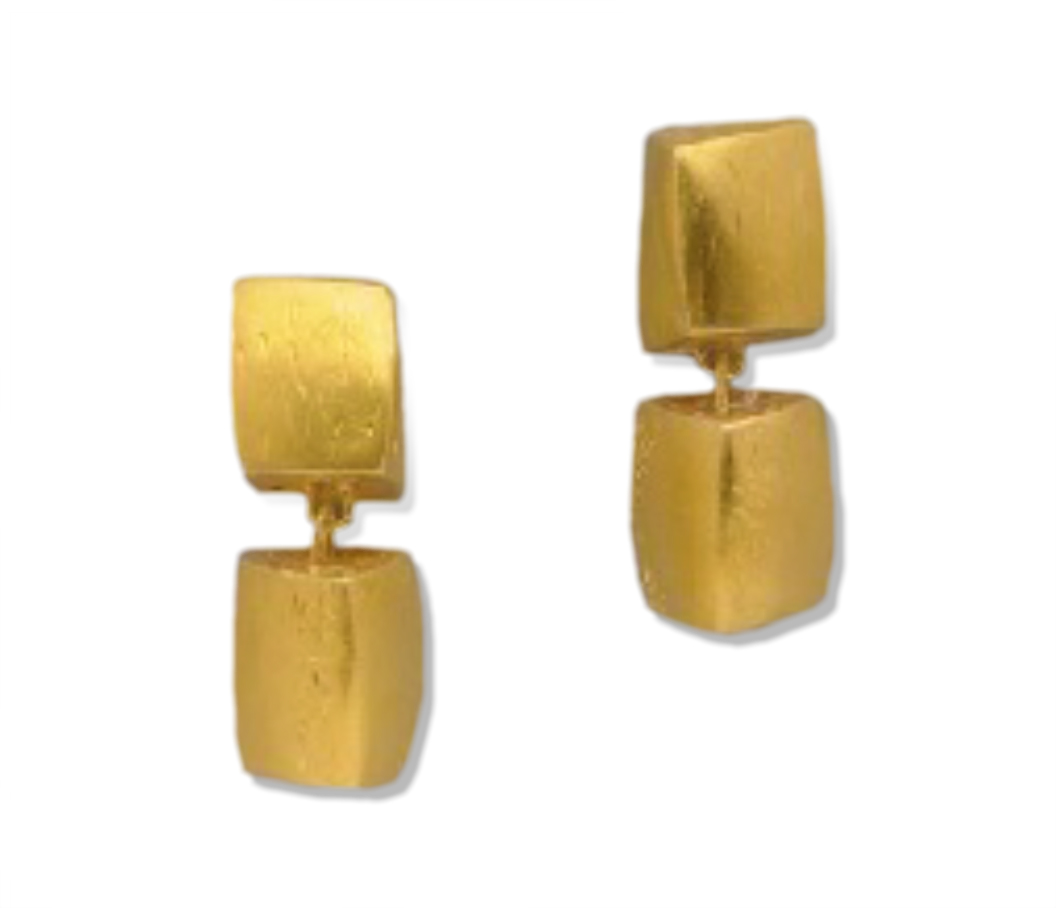 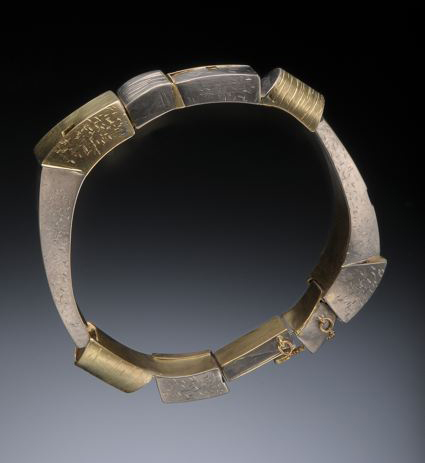 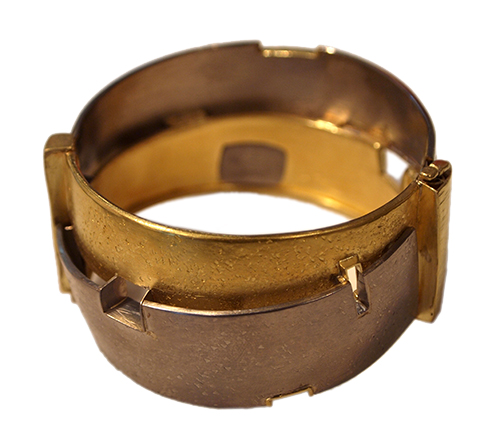 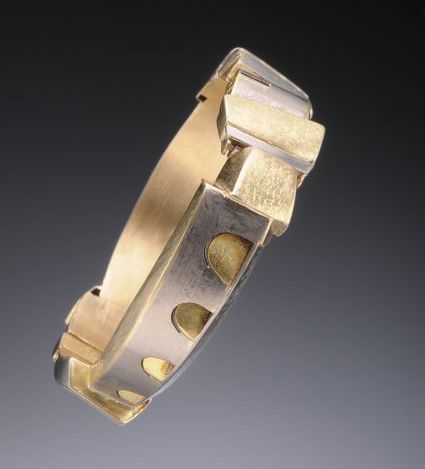 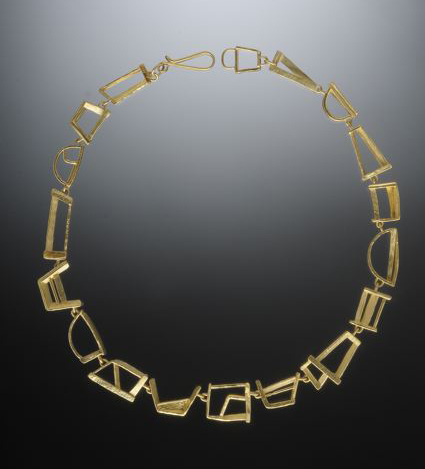 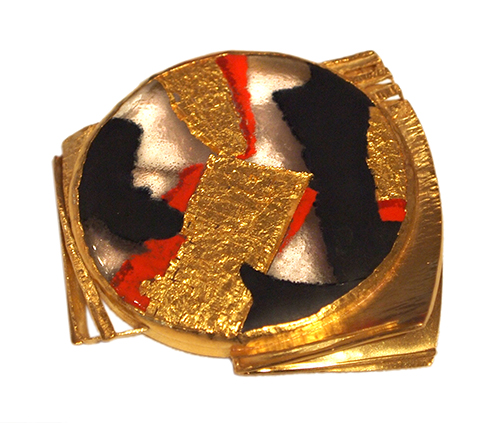 “I make structures for the landscape of the human body. My fascination with structure, negative space and with indigenous architecture translates into dimensional and wearable pieces. Frequently I incorporate crystal formations or uncut stones, and thus bring the natural world closer to the wearer.”

Alexandra Solowij Watkins was co-owner with Nancy Michel of Atelier Janiyé, the legendary studio established in 1958 by Miye Matsukata, a pioneering force in the studio jewelry movement. Born in Poland, Watkins studied fashion design in Paris, France, painting in Montréal, Canada, and jewelry and silversmithing in Boston, Massachusetts. Initially she designed hollowware for Gorham Silver and for the jewelry industry. Ultimately, she was attracted to the creative freedom of one-of-a-kind work in high karat gold and the use of unusual stones.

“My fascination with nature and with ancient man-made structures is reflected in the narrative quality of my sculptural jewelry. Stonehenge, the remains of cliff dwellings in the southwest, the gnarled roots of a tree, a lichen-encrusted stone wall — these elements conjure images which appear in my work in abstracted and recognizable forms. Each piece is designed to impart a sense of spontaneity, movement, and complexity. I seek out new influences which challenge and inspire me as an artist — this growth and evolution resonates in my work.”

Nancy Michel spent her childhood living in many regions of the United States and Europe. In 1959 she moved to Florida with her family where her fascination with nature and landscape began to unfold. In 1967 she moved to Boston to attend the School of the Museum of Fine Arts, receiving a traveling fellowship in the metals department in 1972. Over the next few years Nancy taught in several metals programs and worked for two years as a custom designer in a jewelry studio in Harvard Square. She joined the workshop of Miye Matsukata in 1975 and stayed until Matsukata’s death in 1982. Since 1982 she and business partner Alexandra Watkins continued the tradition of Atelier Janiyé with their elegant, powerful, sculptural jewelry. The arts community is fortunate to have their work in the permanent collection of The Museum of Fine Arts, Boston, MA.