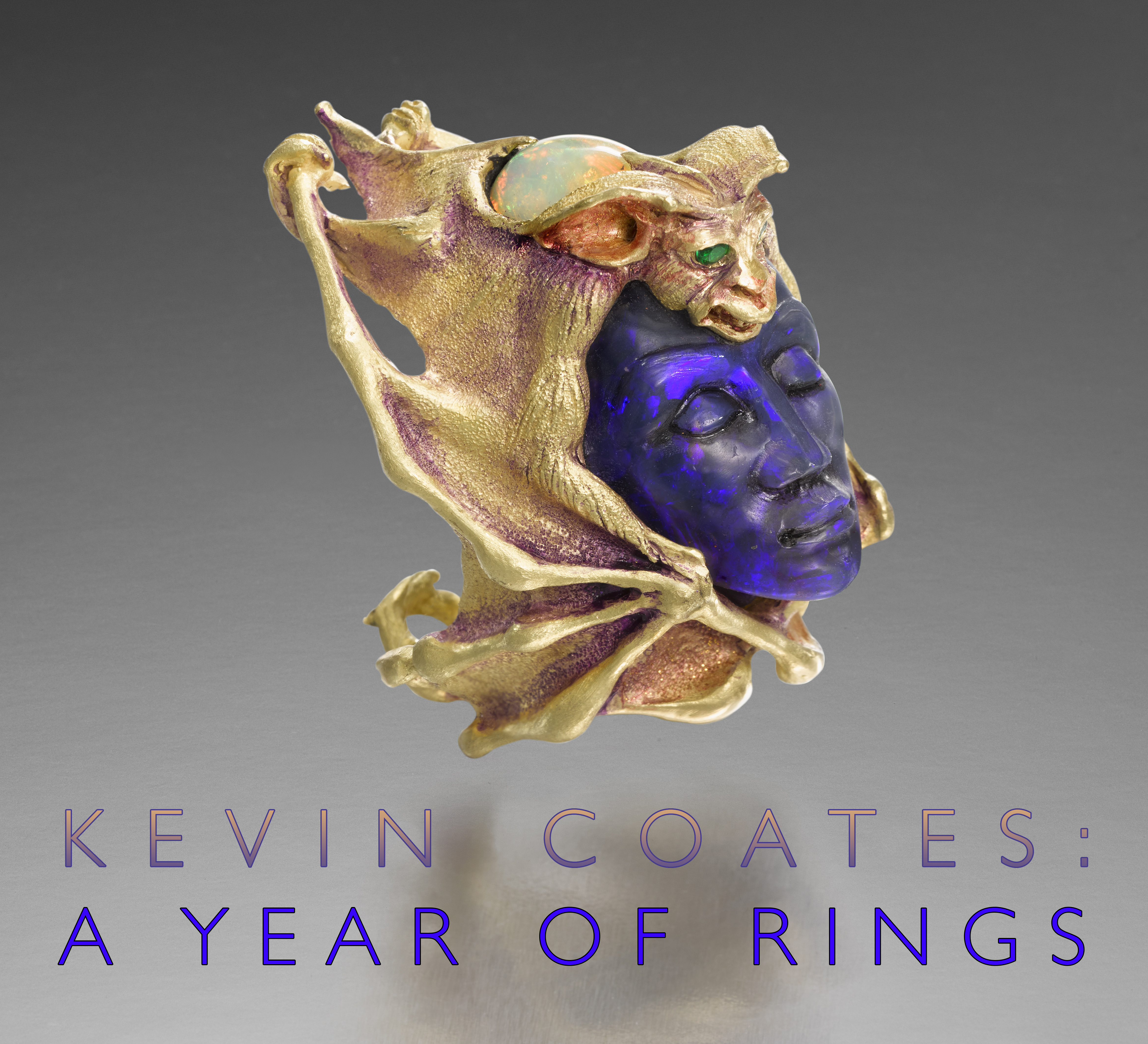 Kevin Coates: A Year of Rings 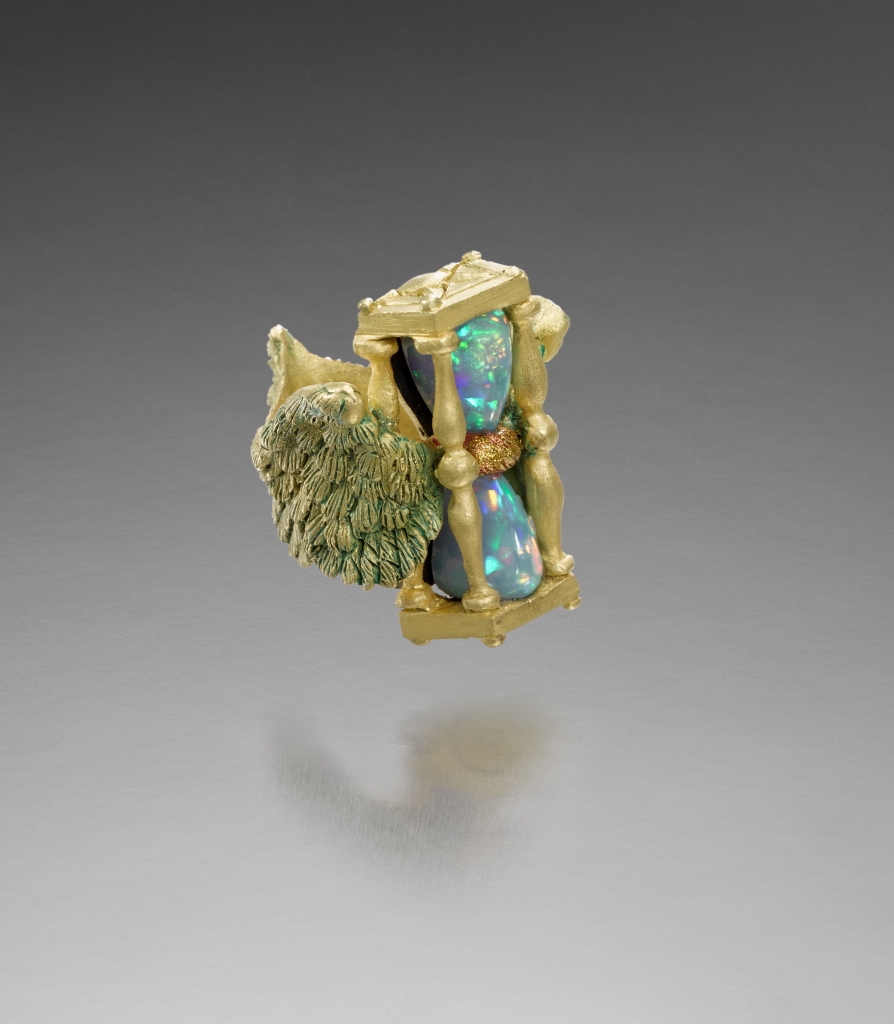 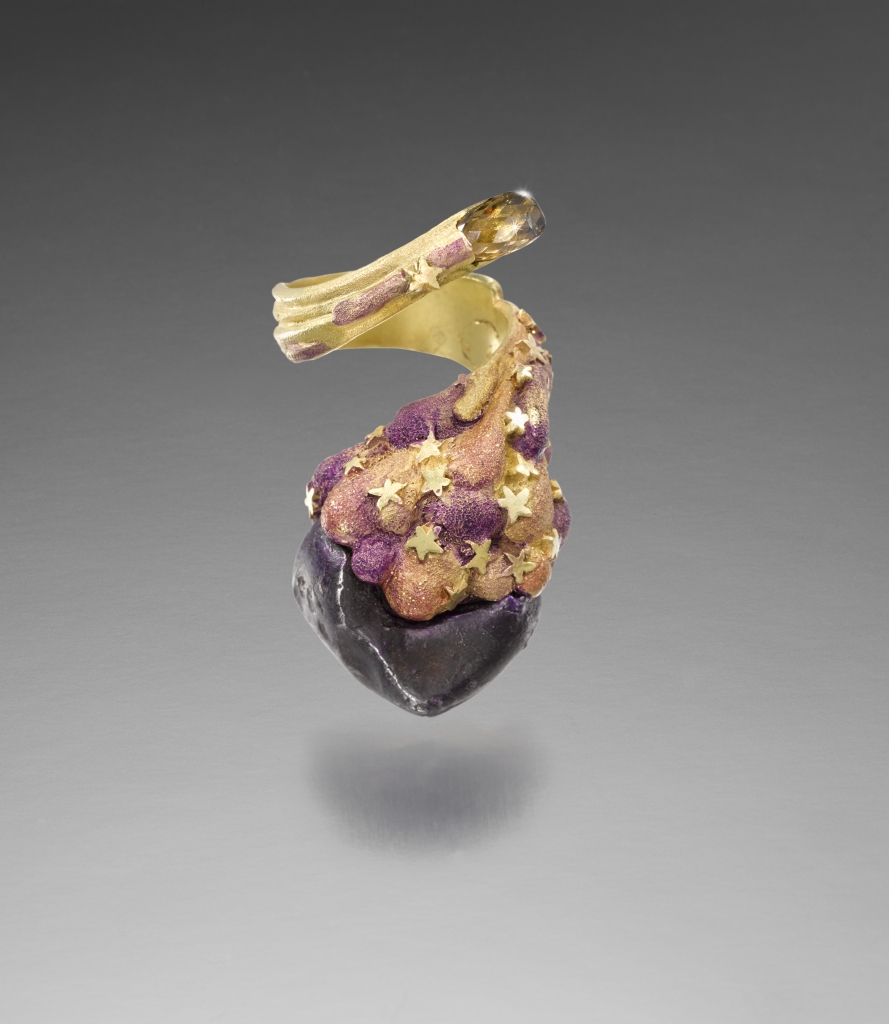 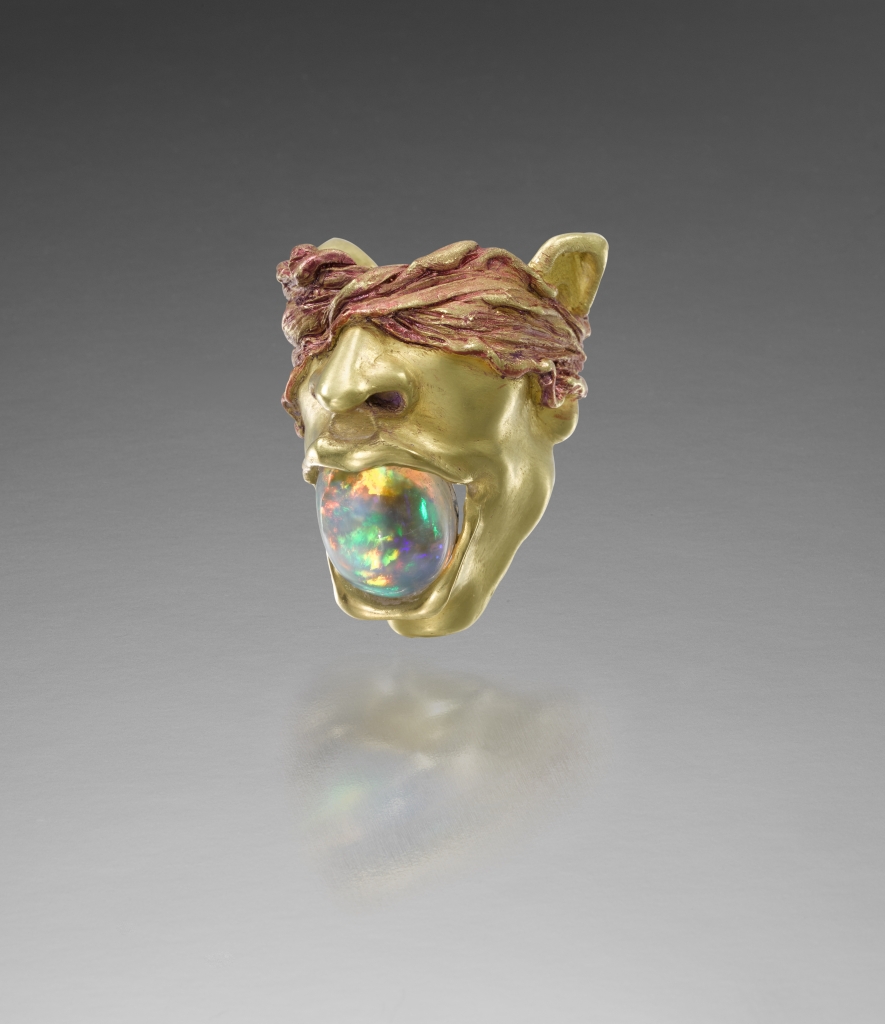 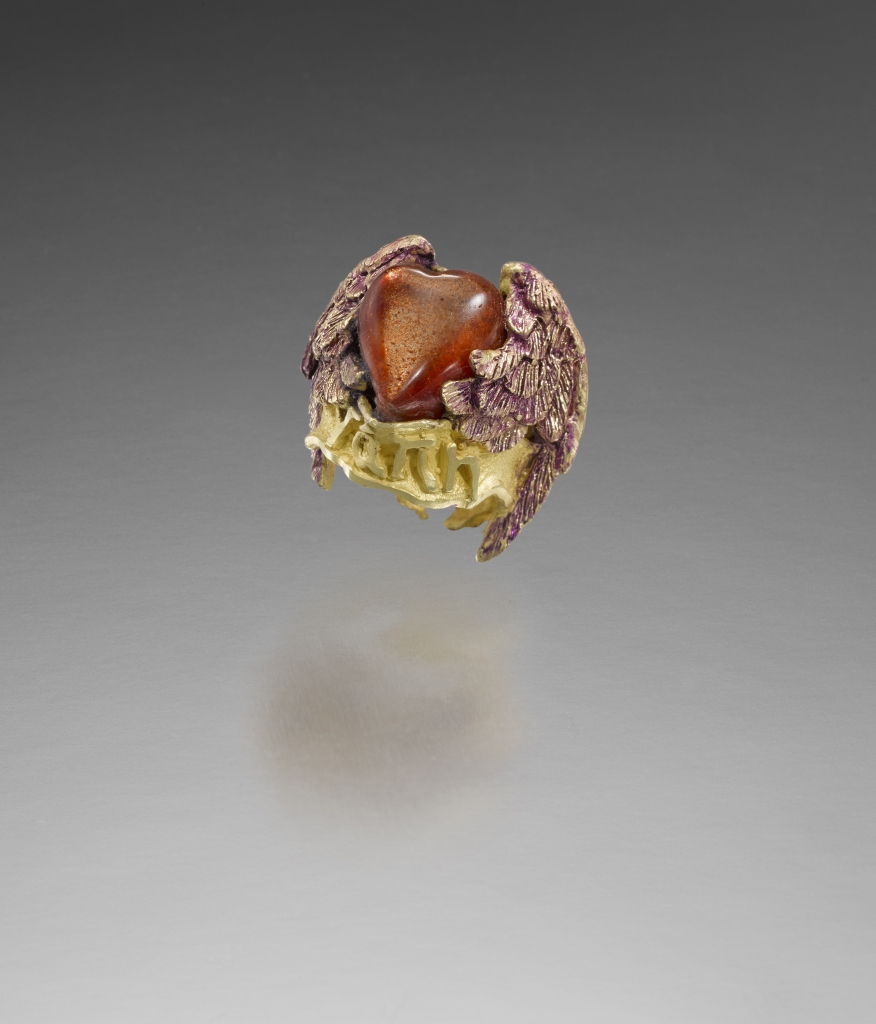 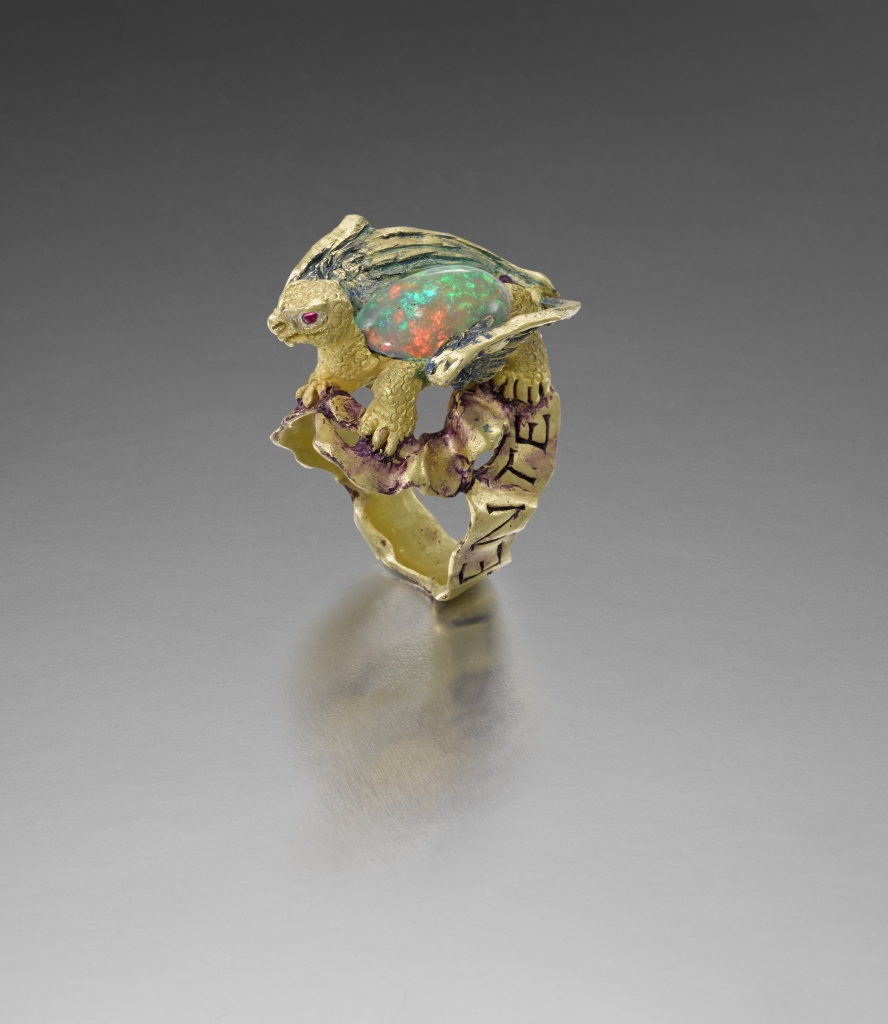 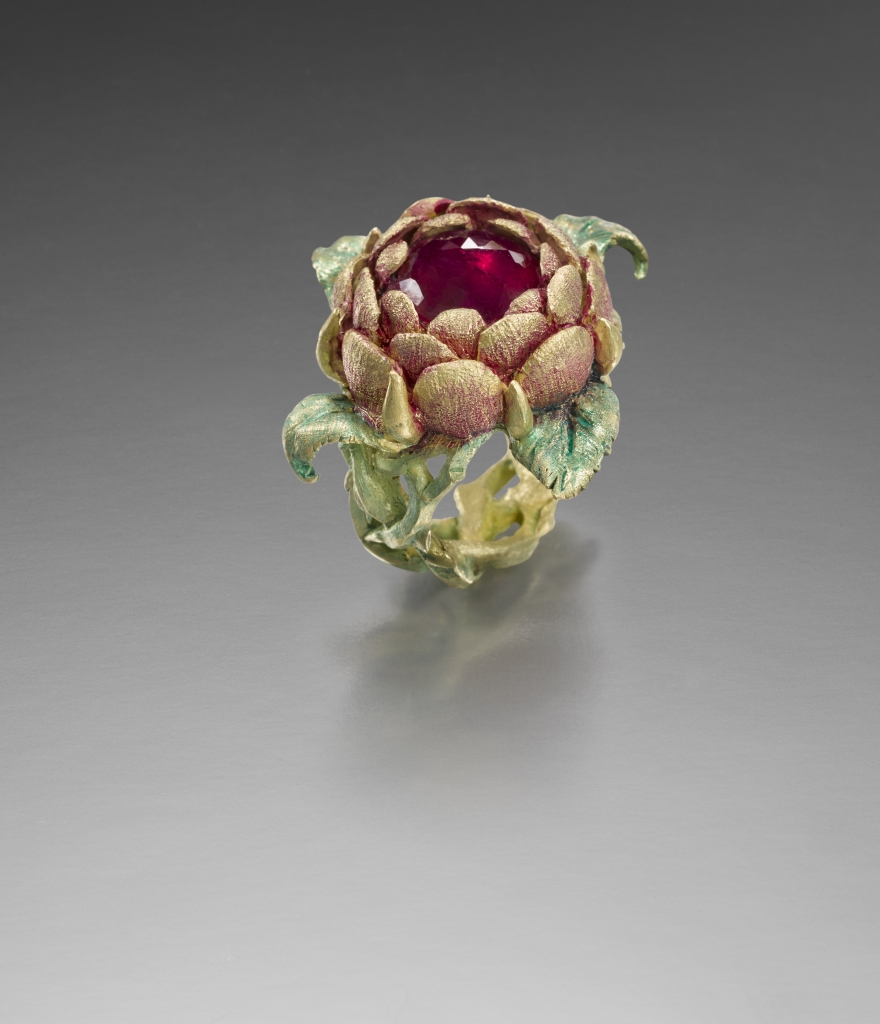 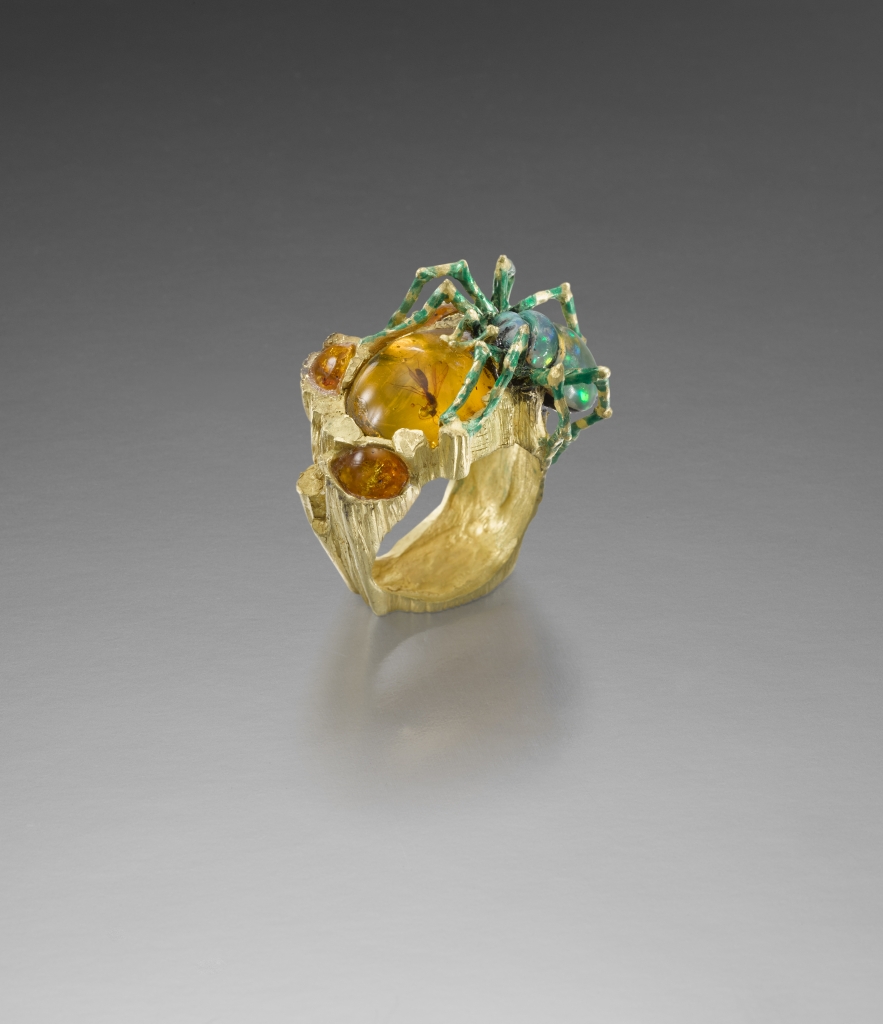 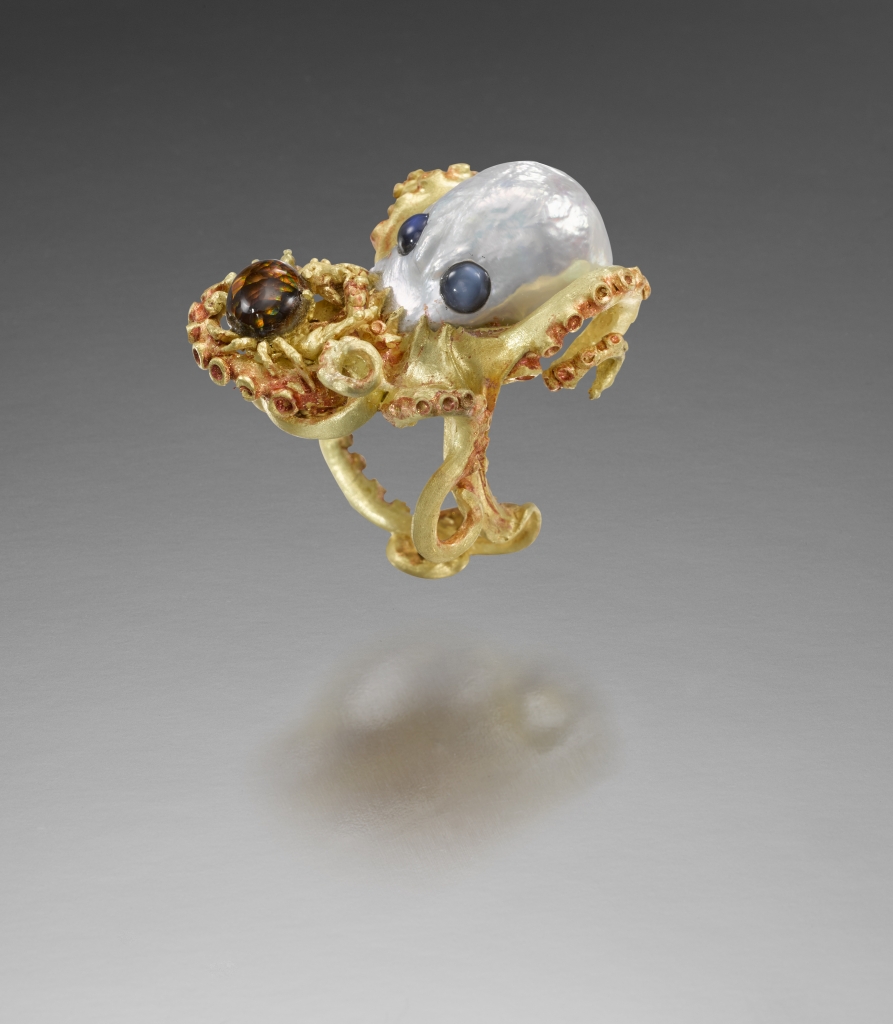 IX The Octopus and the Crab ("...probably her lunch") 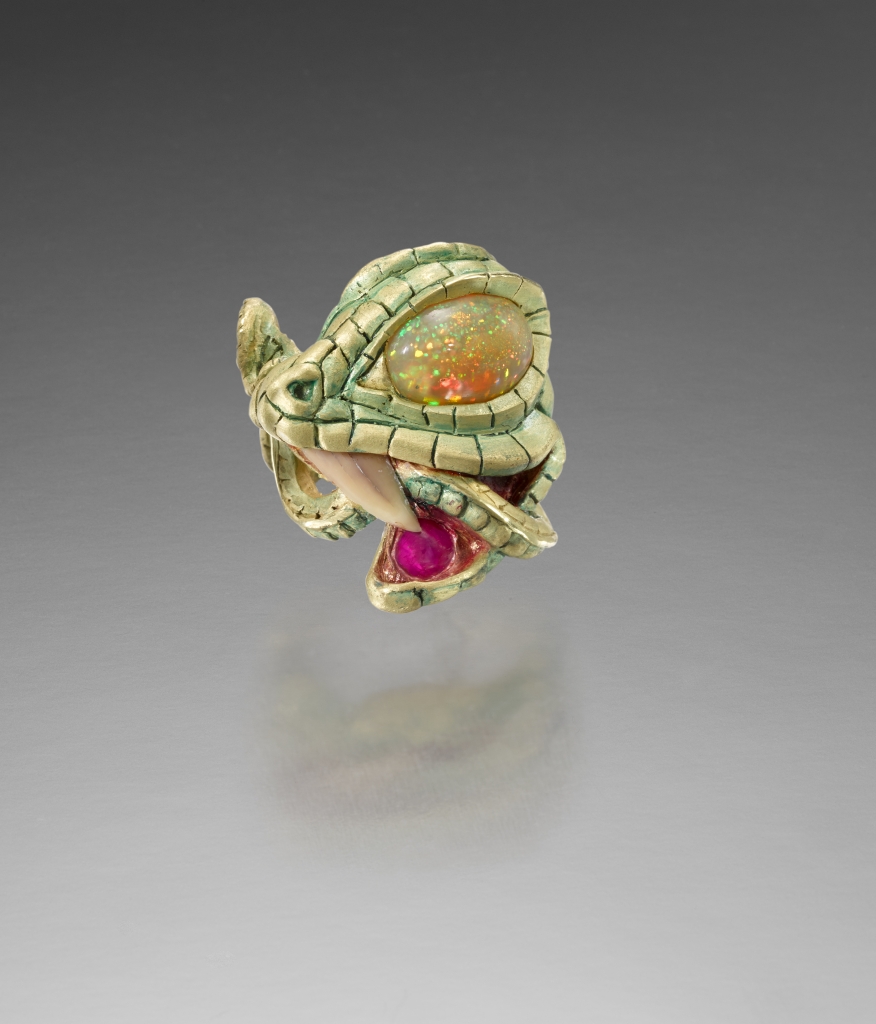 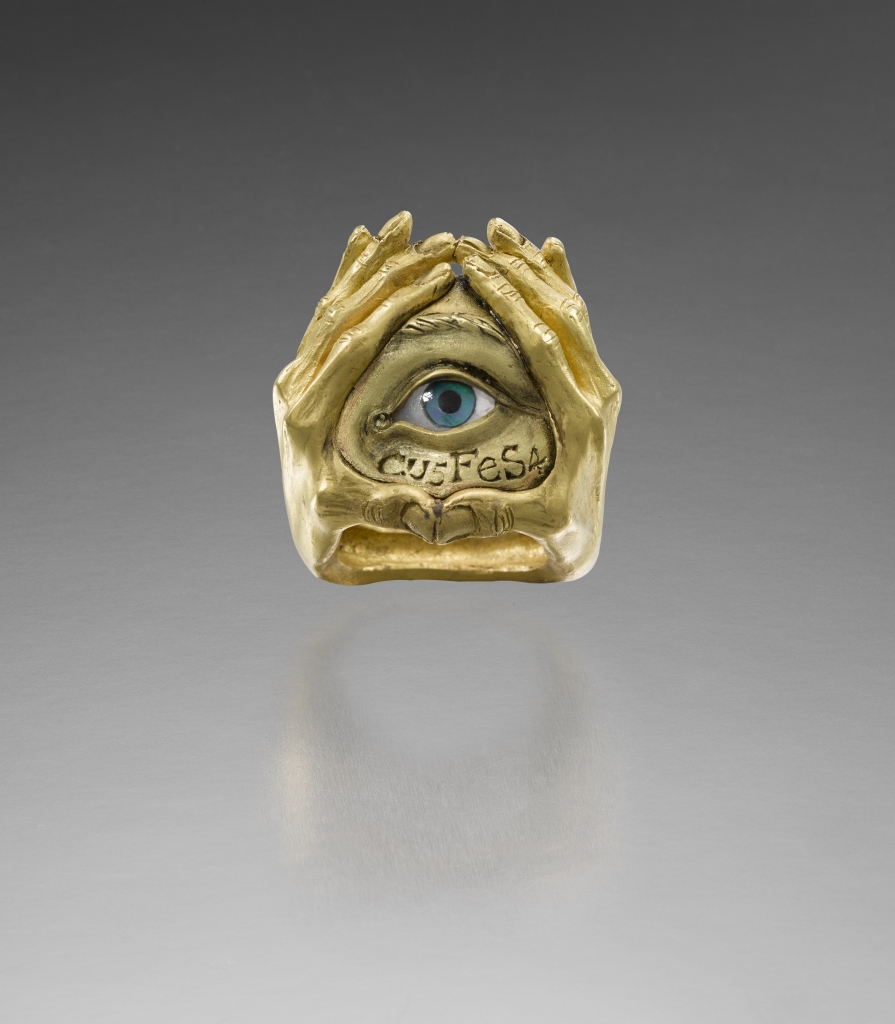 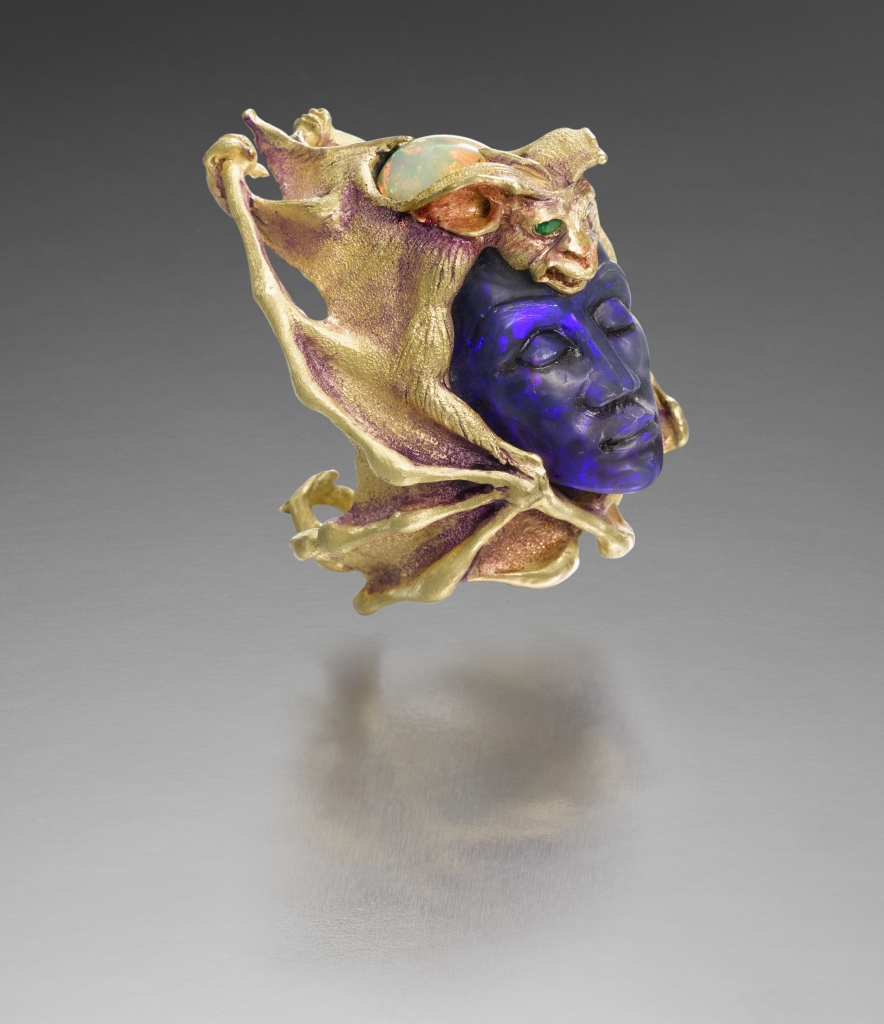 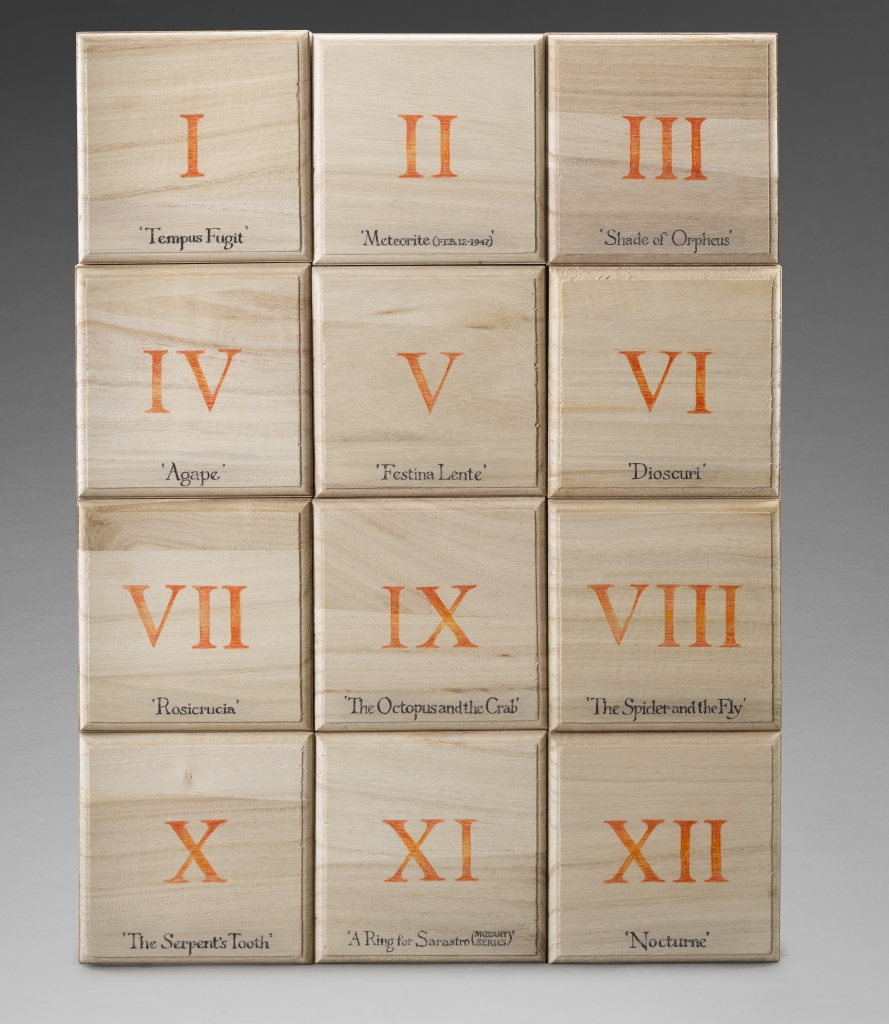 Ring Boxes from "A Year of Rings" Collection

IX The Octopus and the Crab (“…probably her lunch”)

Ring Boxes from “A Year of Rings” Collection

IX The Octopus and the Crab ("...probably her lunch")

Ring Boxes from "A Year of Rings" Collection

IX The Octopus and the Crab (“…probably her lunch”)

Ring Boxes from “A Year of Rings” Collection

Kevin Coates: A Year of Rings

with a brief essay about each ring by Kevin Coates

This little exhibition started with a promise, shamefully late in its fulfilment – a promise made to the Coopers at the end of my period as Associate Artist to the Wallace Collection in London, with its culmination in the major show Time Regained (2011). Since that time, a further large project, A Bestiary of Jewels (2014) had absorbed all of my energies until it began its UK tour with a launch and season at the venerable Ashmolean Museum in Oxford. The twelve months of studio time since then, however, has been dedicated solely to honouring that original pledge to Mobilia Gallery, so here is A Year of Rings.

Firstly, what this is NOT about! The title A Year of Rings could imply a contained series – such as 4 seasons, 12 months, 12 zodiac signs, 52 weeks, even 365 days – but this exhibition reflects none of these things. Instead, the title (for one so preoccupied with the nature and different aspects of Time) merely indicates a temporal bracketing which is simply that of the group of 12 rings created within this period.

If these twelve rings are not representative of any part or aspect of a year, what then are they about? Well, individually, they reflect some of those things which perhaps concern us all at one time or another, and which certainly have been the motivation behind so much of my work: for here are jewel-meditations upon Time, Love, Myth, History, Nature, Belief, Music, Wisdom and, I hope, the Human Response, if only of their maker’s abiding sense of wonder at the all-this-ness of existence.

I have outlined my thoughts and intents in the individual notes which [will follow in the catalog to be released later this summer]: they are not, nor could they be, proscriptive, since any jewel, and especially the form of the ring, is tamed by service to its wearer, who engages with, and filters, the energies it inherently possesses. This is a vital process – personal, private, often numinous, always empowering.

My thoughts on the meaning and function of the ring as a jewel-form have been explored and expressed in words elsewhere, but for this moment in Time, herein follow a dozen short notes reflecting small objects which can be regarded, and even worn, tokens of a promise fulfilled.

Known for his technical brilliance and the symbolic imagery of his work, Kevin Coates is considered by many to be Britain’s leading artist-goldsmith. A true Renaissance Man, Coates is also a musician specializing in the baroque mandolin and has performed in concerts and recitals throughout Europe as well as a mathematician; his PhD thesis was titled, A study of the use of Geometry and Proportional systems in the Art of Lutherie. He focuses on the spiritual meanings of jewelry and draws inspiration from music, theater, painting, literature and mathematics. Neither exclusively modern nor wholly traditional, Coates’ work dazzles us with its technical virtuosity and inspires us with its symbolic imagery. He was an artist in residence at the Wallace Collection in 2011, where he had an exhibition entitled, Time Regained. His most recent exhibition, A Bestiary of Jewels was on view at the Ashmolean Museum of Art and Archaeology, Oxford University from January through March, 2014.

“Coates is Britain’s leading artist-goldsmith, with a renaissance imagination and an ingenuity to match” The TIMES

“At every level, Coates is a master of the imagination, and can balance the proverbial angels on the head of a pin” The International Herald Tribune

“His work seems to belong to the world of the “Wunderkammer”. There is little doubt that Coates will be deemed one of the most remarkable jewellers-cum-goldsmiths to have emerged at the end of the 20th century” Financial Times

“… a man whose work fascinated me for its complexity, astonishing technical virtuosity, sophistication of allusion, and unashamed richness of a kind which would have delighted a Medici Grand Duke.” Sir Roy Strong